What is a Human and what is a Person? 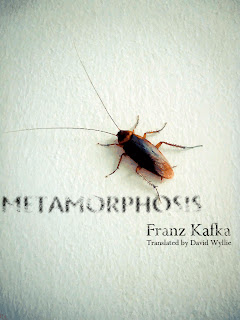 Do you know what is a person and not a human, and what is a human and not a person? It sounds complicated, but it is just a simple concept. Before answering these questions, we need to understand the meaning of person and the meaning of human. The dictionary defines person as a personality of a human being; and human defines as a characteristic of humans; having human form or the attributes of the being. Simply, it's just mean that human is the outside appearance and person is the inside of our behaviors. However, to be either one of them, you need to be a truth human first, which means you need to have both of the person and the human combines together. Then, it will evolves to one of the exceptions.
Let me explain it in another way:

A person and not a human, simply means that you have the personality of a human being but your appearance is not a human. In addition, to be able to be like that, I strongly believed that it won't happen just by chance. The story of Metamorphosis gives perfect example, which is the boy name Gregor who suddenly became a vermin but he still thinks , and acts like a human. Another example can be the Beauty and the Beast. 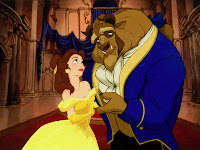 The Beast was once a human and the curse from the granny has turned him into a beast. However, the inside of him didn't change, it still reflects as a human's personality. Do you get the concept? Both of the examples above show that there were once a truth human, and they change to another creature, but they could still keep the person.


It works the same way to be a human and not a person. First, you have to be a truth human, and maybe something happened to cause you to loose your person. For example, a feral child name Oxana Malaya she was once a truth human, but the family issued cause her to escape from her home and she was raised up by dogs. Therefore, she forgot the person that she used to have and started to act like a dog.
The concept is just simply means that it is impossible to be either just a human or just a person without being a truth human first. You need to have person and human once, or else when you become another creature how do you know what's the human insight? Or when you didn't have the person but where did your human come from? The only way to answer this, is you need to have both of the elements in the first place and to loose one of them. It is like the leave and the paper can't exist without the tree.
Posted by Sally Wu at 4:08 PM